To provision users based on roles, you must specify an Admin Portal role. Users with the Admin Portal role will be matched to existing or new accounts in your app, within the specified groups.

To automatically provision users with accounts: 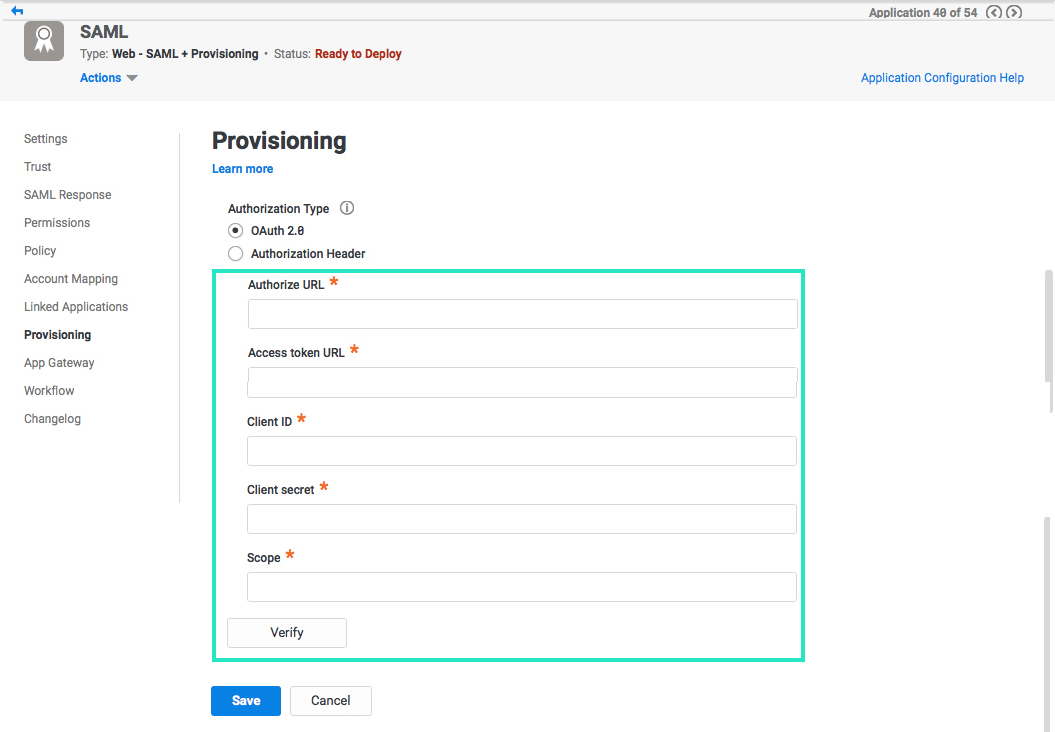 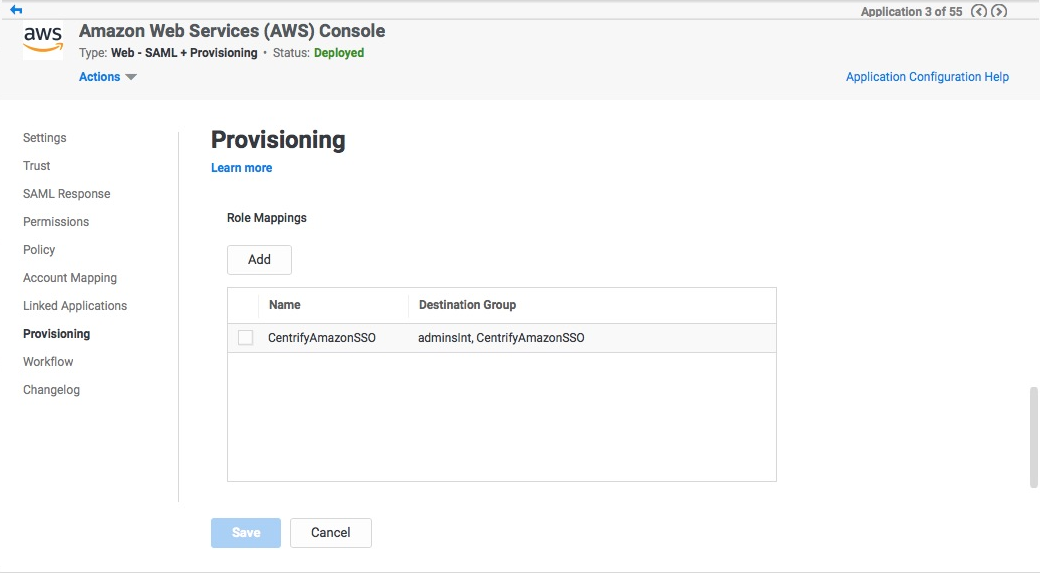 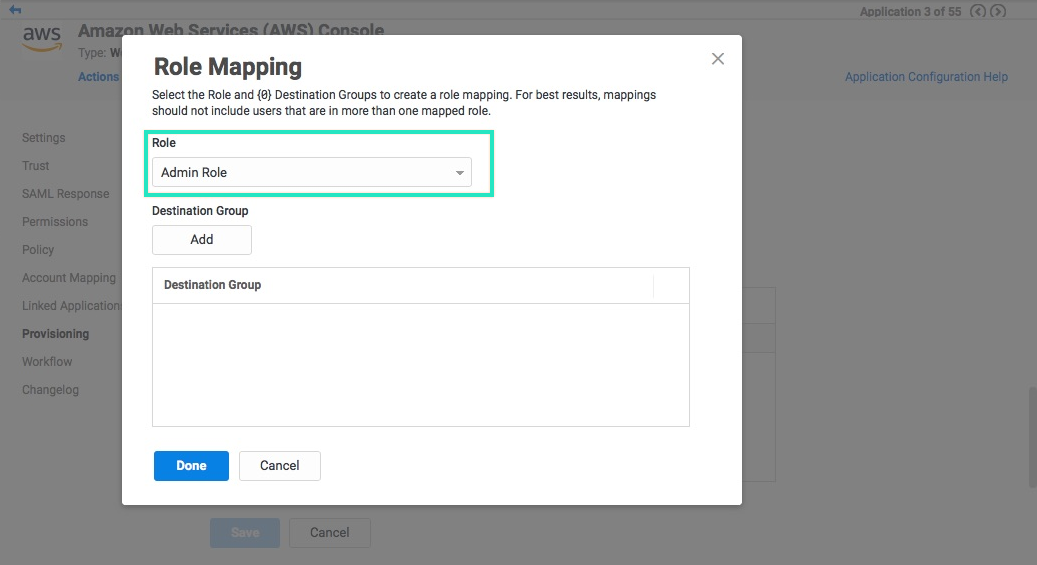 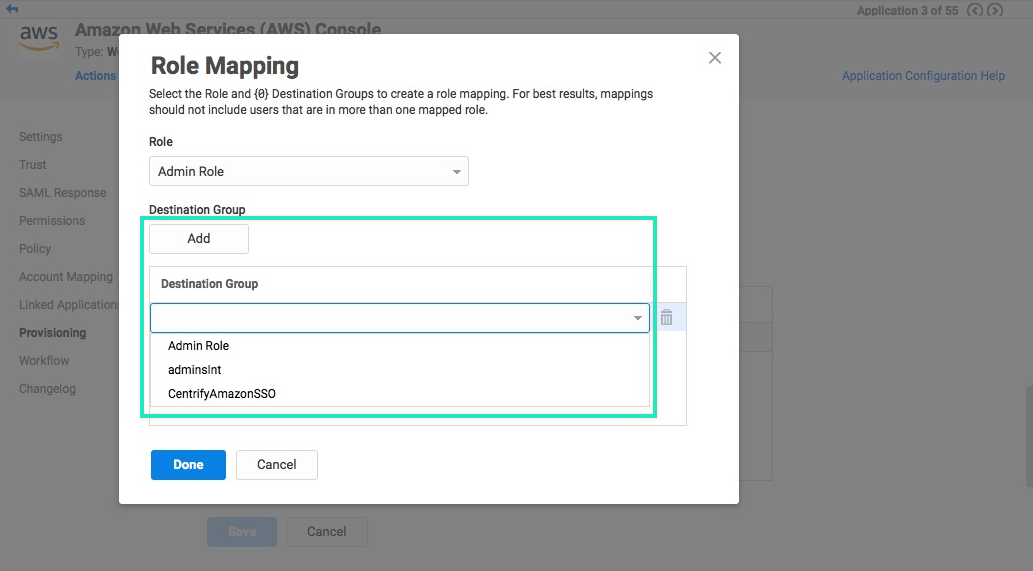 Changing the role or role name only affects group creation if the group name in the role mapping is also changed.

The provisioning script is intended for advanced users who are familiar with editing server-side JavaScript code. 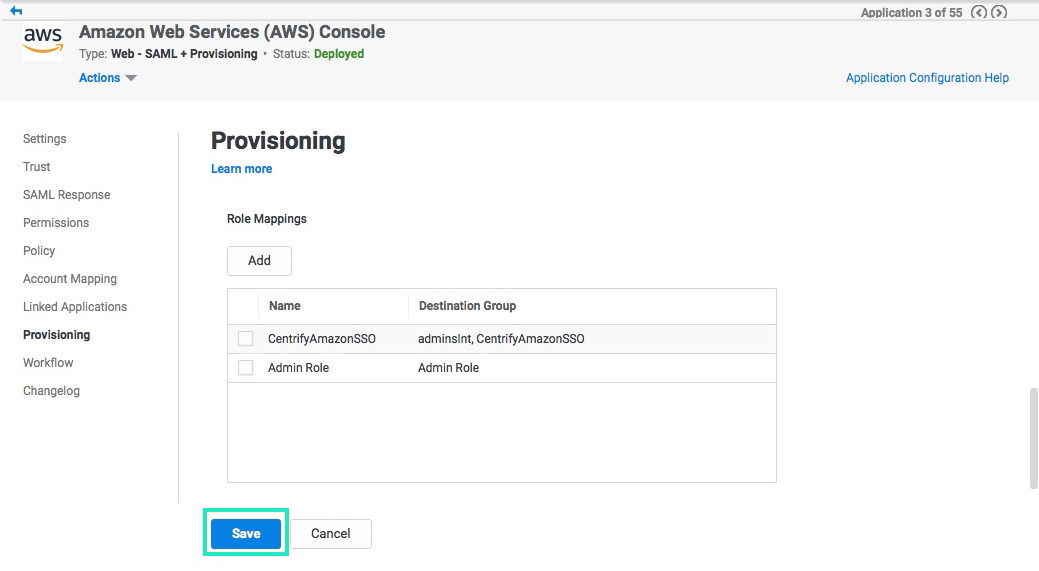